LGBT+ Resources: What Does _ Mean?

Resources and research on LGBT+ and queer topics.

"a person's sexual identity in relation to the gender to whom he or she is usually attracted." [Oxford English Dictionary]

Heterosexual (Straight) - "Sexually or romantically attracted to, or engaging in sexual activity with, people of the opposite sex." [OED]

Homosexual (Gay, Lesbian) - "Sexually or romantically attracted to, or engaging in sexual activity with, people of one's own sex." [OED]

Bisexual - "Sexually or romantically attracted to people of both sexes; engaging in sexual activity with both men and women." [OED]

Pansexual - "Sexually attracted to others regardless of their biological sex or gender identity." [OED]

Asexual (Ace) - "Not sexually attracted to anyone." [OED]

"The state of being male or female as expressed by social or cultural distinctions and differences, rather than biological ones; the collective attributes or traits associated with a particular sex, or determined as a result of one's sex. Also: a (male or female) group characterized in this way." [Oxford English Dictionary]

Cisgender (Gender normative) - "Designating a person whose sense of personal identity and gender corresponds to his or her sex at birth; of or relating to such persons." [OED]

Transgender - "Designating a person whose sense of personal identity and gender does not correspond to that person's sex at birth, or which does not otherwise conform to conventional notions of sex and gender" [OED]

Non-Binary - "Designating a person who does not acknowledge or fit the conventional notions of male and female gender, and instead identifies as being of another or no gender, or a combination of genders; (also) of or relating to such a person." [OED]

Genderqueer - "Designating a person who does not subscribe to conventional gender distinctions, but identifies with neither, both, or a combination of male and female genders." [OED]

Agender - "Designating a person who does not identify as belonging to a particular gender; of or relating to such people." [OED]

"Either of the two main categories (male and female) into which humans and many other living things are divided on the basis of their reproductive functions; (hence) the members of these categories viewed as a group; the males or females of a particular species, esp. the human race, considered collectively." [Oxford English Dictionary]

Male - "That belongs to the sex which can produce offspring only by fertilization of the opposite sex (contrasted with female); characteristic of or relating to this sex." [OED]

Female - "That belongs to the sex which can bear offspring (contrasted with male); characteristic of or relating to this sex." [OED]

Intersex - "A person who or animal which is physically intermediate between male and female, having characteristics of both sexes (in a species which normally has two distinct sexes), or having sexual organs which are not fully developed as either male or female or which do not correspond to the individual's chromosomal sex; an intersexual." [OED] 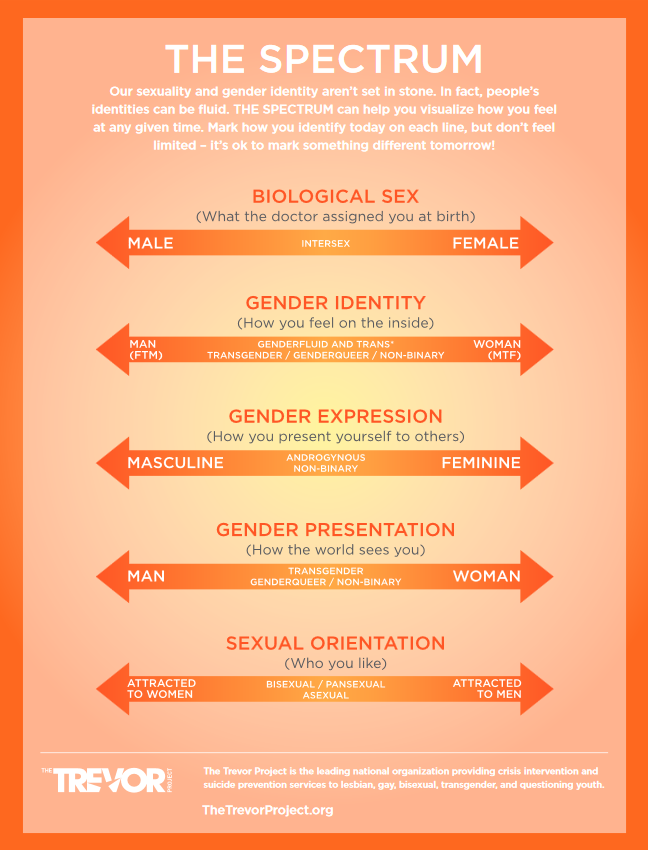